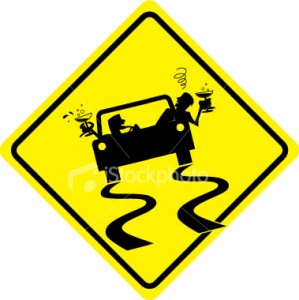 It is all over the news – you have probably heard of the “one free swerve” controversy by now. The issue stems from the a decision made by the Virginia Supreme Court to allow police officers to stop drivers who are thought to be under the influence of alcohol, but only after they see the motorist do something potentially unsafe – like swerving. This is where the “one free swerve” label comes into the picture.

Quite understandably, the motion has stirred up a lot of controversy and people are reacting left and right. One high profile person, in particular, has expressed his dissatisfaction over the ruling. Chief Justice John Roberts has been quoted as writing:

The decision below commands that police officers following a driver reported to be drunk do nothing until they see the driver actually do something unsafe on the road — by which time it may be too late.

Roberts noted that close to 13,000 people die in alcohol-related car crashes a year, which equals to one death every 40 minutes.

Roberts said a majority of the courts have said it doesn’t violate the Fourth Amendment protection against unreasonable search and seizure to pull over drunk drivers based on anonymous tips from programs like the “Drunk Busters Hotline.”

So my question to all responsible motorists out there is this: what do you think about the ruling? Should we be understanding and give “one free swerve” to drunk drivers? I would say not. Chief Justice Roberts is right – it is better to err on the safe side!