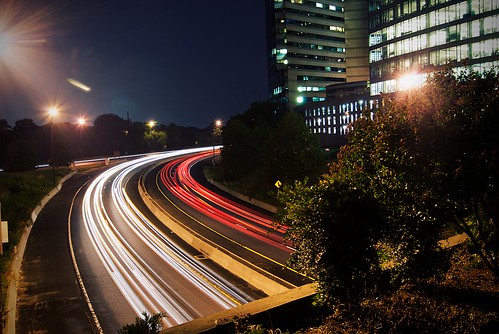 On July 1, the federal government released updated regulations mandating maximum driving time for truckers. The rules are intended to keep truckers from driving while fatigued, as tired drivers are at greater risk of being involved in a crash. But even well-rested drivers may be at risk for a crash, depending on the roads they travel.

Read on to learn how and why some roads may be deadlier than others.

In April 2010, Reader’s Digest published a report on the best and worst roads in the United States. Researchers reviewed data from the Federal Highway Administration to rank states on road safety, naming Kansas as the state with the safest roadways. Louisiana ranked last, and its Interstate 55 was named as one of the deadliest roads in the U.S.

Rural roads, in general, pose a greater threat to drivers than urban roads. According to the National Highway Traffic Safety Administration, rural roads are the site of most run-off-road crashes – and often, those crashes are fatal. Among all fatal rural road crashes the NHTSA studied for a 2009 report, 80.6 percent were run-off-road crashes, while only 56.2 percent of fatal urban crashes involved vehicles that ran off the road.

While crashes may occur for a number of reasons, the NHTSA says that certain rural road conditions – such as narrow lanes and substandard curves – can result in a runoff crash. Inadequate roadside lighting and poorly maintained surfaces may also contribute to the risk of rural road crash.

If you want to know where the most dangerous highways are, look no further than the website of any truck accident attorney. Pennsylvania lawyer Jim Ronca provides plenty of sound advice for truckers making their way through his state, and he makes mention of a few roads that Reader’s Digest identified as the nation’s most dangerous.

Ronca says the 38-mile stretch of Interstate 70 between Washington, PA., and New Stanton, PA., is dangerous, because it has narrow shoulders, inadequate merge lanes and on/off-ramps that force drivers to abruptly enter and leave traffic.

In 2008, along the Indiana Toll Road, at least a dozen drivers hit deer – within just 14 hours. That’s why deer mating season in the fall is among the most dangerous times to travel this road. This east-west highway has also been the site of a number of multi-vehicle crashes that occurred as fog blanketed the road.

Truckers want to avoid hazardous roads, while performing their jobs as efficiently as possible. And fleet management software can help them accomplish both of those goals, by mapping out routes to avoid high-risk roads and intersections. Fleet owners who use such software will see gains in efficiency – and will probably earn the appreciation of drivers who feel safer on the roads.

Safety does matter to truckers – the Owner-Operator Independent Drivers Association is actively involved legislative initiatives that promote trucker safety. On an individual level, drivers still must do their part to stay safe, by following the rules about maximum drive times and making sure they get enough rest.