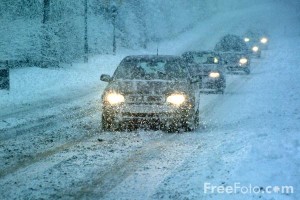 I am willing to bet that most of you would answer WINTER. After all, it is during winter that we experience ice and snow on the roads. It is during this season that sometimes, the weather just takes a turn for the worse with only a moment’s notice.

While all that makes sense, the answer is NOT winter! In a new study conducted by researchers the University of Michigan Transportation Safety Institute in Ann Arbor, it was revealed that the most dangerous season for driving is actually FALL! How is this possible?

The study discovered that the danger of dying in a car crash is 16% greater in October than in March. Last year, October was the month which had the highest death rate per distance driven. While the numbers support the findings, the rationale is not really clear, is it?

Well, according to Michael Sivak, “Everything else being equal, inclement weather — snow and ice — should increase the risk of driving. However, because inclement weather also leads to general reductions in speed, the net effect is not clear… this pattern is likely the consequence of joint contributions of several factors.”

I suppose that as with other things in life, this is not easily explained. I tend to accept Sivak’s explanation that people are more careful in driving during the winter months. I know that I am. After all, I have always thought that it the most dangerous time to be driving. And during fall, I don’t really think that I am in much danger.

In any case, this should be an eye-opener for all motorists – months and times of the year do not dictate our safety on the road. Our driving habits do. Drive safe!