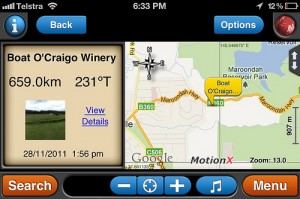 Back then our ancestors relied on the positioning of the stars to get to their destinations. When maps came along, we often referred to them to know how to get to places by foot or by automobile. Unfortunately maps can be quite difficult to read. Worse, landmarks change, streets are renamed making them somewhat outdated.

Nowadays, manufacturers and even mobile providers make use of GPS systems as an interactive replacement to maps. These systems plan your route, provide directions and sometimes even predict traffic. GPS also known as the Global Positioning System is a direction-finding system which relies on satellites. Its network of 24 satellites was launched by the U.S. Department of Defense originally for the military. It was in 1980 when they allowed the public to use the system.

The global positioning network works all over the world. It is available 24 hours a day for those who want to use it. The great thing is that it is free and there is no need to register unless you are using your mobile provider’s mobile app. The satellites revolve around the earth in an exact orbit twice a day. It allows receivers or mobile applications to calculate exact locations via triangulations.

The GPS receiver links the time signal transmitted by satellites with the time it was received by the device. The time gap depends on the distance of the satellites and receivers are from each other. With the new developments in this technology, receivers (mobile subscribers or registered members) can now know the location of people, shops as well as locations with just a few clicks.

To find longitudes and latitudes, GPS receivers need at least 3 satellites for this 2D position and in order to track movement. Four more satellites allow the devices to know 3D positions- longitude, latitude and altitude. Once the exact location has been set, the unit or application can process information and provide other data such as speed, distance to destination and the likes. Most GPS devices are accurate due to its design and updated maps or real-time information even if there are many buildings, shrubbery or metropolitan settings.