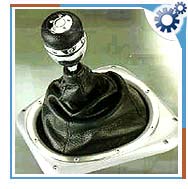 When you are driving a stick shift car, proper timing on when to change gears is important. Other than saving on fuel, the load that your engine would have needs to be considered as well. There are cars that end up needing an overhauls because of bad gear shifting and surely this will be something we can all avoid. Don’t be in a hurry to shift gears (since most people believe that the early shifter can save on gas). Actually, that is true but it also affects your car engine as far as proper revolution and advances in timing.

As far as wanting more power by shifting late, engines are going to bear that toll. Remember, there are engines the give way due to excess revolution to which the load may eventually lead your engine to shut off and need an overhaul. Aside from driving in the wrong manner, you may find yourself spending for the overhaul and waiting for your car to be finished in the process as well (about 2 to 3 weeks depending on the extent of the damage).

Finally, don’t leave you foot resting on the clutch. Some would use this as a practice so that they can avoid the pains of stepping and then releasing. Remember, when you step on the clutch, load is going to the clutch lining. If you are not careful, you may end up burning those clutch lining and discs and leave your car to need a brand new clutch replacement kit in the end.