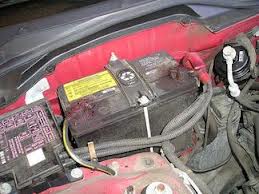 When it comes to caring for your car, the battery under the hood might not be something that garners a lot of your attention. To some degree, that’s fair, since there isn’t a ton of maintenance that goes into your battery’s upkeep. But many drivers are familiar with the frustrations that accompany a dead or drained battery, particularly when the breakdown can be traced back to an operator error.

When it comes to both the short-term performance and the longevity of your car’s battery, there are definitely some things you can do to support its health and vitality. Read on for some basic guidance on how your battery works, and what you can do to enjoy a healthier car battery.

Don’t let it run down from neglect

Surprised as you might be, a battery can run low on power even when you don’t use it — in fact, in many cases this happens precisely because you haven’t driven enough. While the amount of inactive time needed to drain a battery can depend on a variety of factors, including the type of battery, its power capacity, and age, this generally can happen anytime between a few weeks and a few months. If it happens faster than that, you might have another problem not related to your healthy car battery.

Your best bet is to use your car periodically to keep the battery juiced. You can also set up a “float charger,” which connects to your battery and keeps it topped off on power until the next time you get behind the wheel.

Your battery’s power levels are charged by your vehicle’s alternator. When the battery runs down, the best way to fill it back up is to run the alternator and generate ample amounts of power. In general, you’ll want to drive the vehicle enough to get the engine above 1,000 RPMs. At this level, you should be able to charge your car’s battery to a safe level in about half an hour. If you drive it without other electronic devices, you should be able to fully charge it in about an hour. Try to get out on a highway or Interstate for best results.

Car batteries aren’t built to last forever. Depending on the battery you purchase, they should last between three and six years, although this can depend on how often you use it and take care of it. If your battery comes with a warranty, keep that on hand in case it wears out prematurely — you might be able to get a prorated cost of the battery returned to you.

With proper care, you should be able to avoid dead batteries and the standings that come with them. Of course, one of the downsides to your car’s battery is that you don’t exactly know when they’re going to give out, so it’s likely that at some point even responsible battery owners will be stricken with an outage. That’s why it’s good to know how to jump-start and recharge a battery, giving you the tools to handle an inevitable power failure.

Lindsey is a professional writer living in the Indianapolis area and she writes on behalf of Sears and other deserving brands. Currently, Lindsey is completing work on her master’s degree.