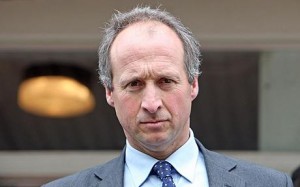 Talk about irony. Tom Riall has been banned from driving for six months after being caught by police officers for driving at over 102 mph at a 100 mph zone. Now, you might be wondering what the big deal is. There are a lot of people who have been apprehended for the same violation. You might even personally know a person or two who has been in this situation.

Tom Riall, however, is not just any person. He is, in fact, a senior executive at Britain’s biggest speed camera firm. Now, you see why it is such a big deal! The Times Online has this story:

Tom Riall, 49, was apprehended by police officers when they recorded him driving at 102.92mph on the A14 near Newmarket, in Suffolk.
Mr Riall is head of Serco’s home affairs division, which has installed and managed speed cameras at more than 4,000 sites around Britain since 1992.

He was fined and banned from driving at Sudbury magistrates court today after his third speeding offence in two years. “I accept the decision of the court. I recognise that speeding is not acceptable and regret what I did,” he said outside court. “My speed was excessive and I’ve made a full apology.”

Apology notwithstanding, the executive has been banned from driving on the roads for the next six months. I think that it is such a simple “punishment” for an act that goes beyond breaking the law. Then again, he is only human.

The moral of the story? Walk the talk!