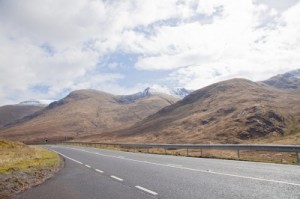 Jay Traylor, a motorist who had both legs sheared off by a malfunctioning guardrail, is living proof that accidents happen. Traylor somehow managed to call 911 and report the accident. Luckily, he survived and his accident is drawing attention to guardrail safety.

Guardrail safety is becoming a hot topic after a study was released from the University of Alabama. The study, sponsored by the State of Missouri and the Safety Institute,  “examined serious and fatal accidents in Missouri and Ohio”. The government is taking notice and there will be a National Review of Safety concerning all guardrails in the United States.

The Purpose Of A Guardrail

Guardrails have long been a staple on American highways etching the Nation’s roadways with stoic confidence. Guardrail safety is provided when the metal and wood absorb the impact from a collision to prevent out of control cars from crossing into other lanes and prevent greater damage. Many people are starting to question if a guardrail can function in situations where vehicles travel at 62 miles per hour or greater speeds.

Failing guardrails are becoming a scary trend on American highways. Guardrails were originally designed to reflect the metal guard off the highway and into the ditch. The end terminals are supposed to act like a “sled”, traveling down the rail and curling the guardrail away from the road. Unfortunately, many of the steel rails buckle on impact, becoming long spears that slice through vehicles.

About 10 years ago, Trinity Industries of Texas adjusted the design of their guardrails. The leading guardrail manufacturer began shaving one inch off the traditional 5 inch design. It’s estimated that there are half a million redesigned Trinity guardrails lining the roadways in almost every state across the United States.

An inch might seem insignificant at first. Until you examine the results of needless maiming or deaths of accident victims.  However, evidence is mounting that the redesign of the end terminal causes unnecessary deaths and loss of limbs.

Can Money Be Impacting Guardrail Safety?

In several communications, it was reported that engineers at Trinity Industries calculated the inch change would save the company $2.00 for each end terminal produced or $50,000.00 a year. This memo makes it easy to consider the company is placing profits over public safety.

For several years, not many people knew our guardrail safety had been compromised. A competitor, Josh Harmon, unearthed the information while he was engaged in a patent lawsuit with Trinity Industries. Harmon had access to Trinity Industries’ paperwork when he noticed the company failed to inform the Federal Highway Administration about the new modifications. Trinity Industries claim that Harmon is trying to smear their company with his allegations.

What Does This Mean For Drivers?

Currently, the Government stands behind Trinity Industries. The Government proclaims the guardrail safety infrastructure meets current crash testing requirements. However, drivers need to be aware of the potential hazards lurking on America’s roadways. The simple guardrail can play a vital role when a vehicle is involved in an accident.

Luckily, Jay Traylor is here today, because of his quick thinking and self-fashioned tourniquet. He is able to spread awareness about potential hazards regarding America’s guardrail safety. It’s important for all drivers to remember to be alert and practice defensive driving.