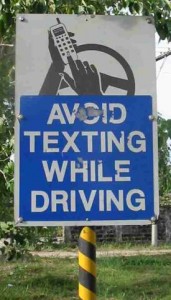 Safety is paramount when you are behind the wheel. Driving has become such a part of our lives that sometimes, we take our safety for granted. Take those who take pride in being able to multi-task while driving. Mind you, these people are normally reasonable and logical people. I know some people who would not drive if they had taken even just a glass of wine in the past hour. But it is a different story altogether when it comes to texting while driving. But have you ever thought about just how dangerous texting while driving can be?

According to Car and Driver, texting or reading e-mail is extremely distracting. The study that they conducted has been described as “loosely structured,” but the results are nonetheless alarming. They asked for two volunteers who drove in a drunken state and then drove while texting.

So what did they find out? The Ottawa Citizen reports:

While over the limit, the drivers managed to stop about four feet into the simulated car they were supposed to be following, whereas texting slowed reaction times to the point that drivers had travelled upwards of 70 feet ahead of where a normal driver would have stopped.

Followers of texting and Twittering culture might wish to notice that a new abbreviation has been added to the growing list of time-saving acronyms. In e-speak, this message indicates that the sender is currently having an accident: HRHH%^&UB%6UB6U65 TTTTTT.

It is scary, isn’t it? One thing I know – I will not stand for texting and driving anymore!