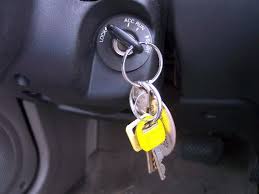 In the same manner that qualified individuals have the right to file for application of driver’s license, government can also revoke such rights for qualified reasons.  There are two main grounds why concerned government agencies will pursue this course of action.  One is because of a serious motoring offense and another is a medical condition that will render a person unfit to drive safely and will pose a serious threat not only to himself but to others on the road.

The gravity of motoring offense is usually determined by the nature and frequency of the violation.  Violators of motoring laws do not have their licenses automatically cancelled.  The concerned driver may have to initially face suspension/s depending on how he/she handles his/her situation.  A suspension should effectively prevent an erring driver from using the road behind the wheel within the period of his/her suspension.  It is not uncommon for driving suspensions to be violated thus causing extension of suspension.  It is possible that cancellation or revocation of license will happen with repeated and purposeful violation of motoring laws.  Cancellation of drivers’ license can also occur when the driver is facing serious criminal charges related to motoring.

Drivers who have been deemed unfit to driver due to health reasons by their own doctors are expected to voluntarily request for the cancellation of their licenses.   This will eliminate the need for concerned government agencies to look into private medical records of concerned drivers if there are serious concerns raised about their ability to drive safely.  Drivers who have their licenses suspended or cancelled because of medical reasons can request for re-issuance of license once they are again fit to drive.