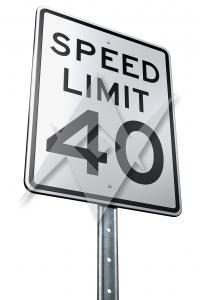 If you haven’t heard yet, transportation authorities based in the Philippines have implemented a speed limit in key roads of the metropolis to put a stop on the spate of accidents that have been occurring lately. This is perhaps to cover up the boo-boo made by one Metro Manila Development Authority Chief who months back said that “There is no Speed Limit”, paving the way for more reckless drivers and accidents at that. So while that is covered, now we hear the bus companies complaining that they may cause traffic. So what?

Given a choice, would you choose traffic or accidents? It is no secret that the same bus operators are also responsible for the accidents and it is they too who have been ignoring speed limits. You would think they were driving smaller vehicles that could ride above 100 KPH! If they slow down, the matter that they re concerned about is the number of trips that they can finish in a day which will surely be diminished. But if they were as careful and law abiding in the first place, would this speed limit be lowered at 40 KPH?

The last request was to make it at 60 KPH. But seeing the bulk of these buses, that is fast for a large vehicle. And to think that Manila is packed with lots of pedestrians and private cars, they can still do a lot of harm.

So as far as the speed limit goes, it is a good move. Safety comes first and the bottom-line is that regardless of the speed you are driving, you will get to your point of destination anyway right?