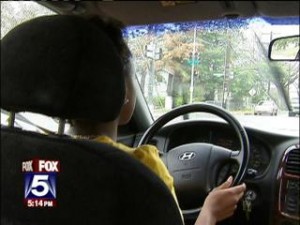 As far as the set age on when to issue a drivers license, there have been qualms on increasing the age to 17 rather than the usual 16. Apparently this is because as far as being responsible drivers is concerned, a lot of debate has been said on the actual responsibility that most new drivers (a lot in their teens) of understanding the dangers of driving on the road at such an immature age.

The convenience of driving your own car is surely there but it is about being a conservative and responsible driver that is really the issue here. Also, the safety precautions as well on the drivers that are released today are showing significant numbers as far as accidents and deaths of younger drivers which have become a prime reason on re-evaluating the set age.

One thing you will not see when studying driving is how that person would really drive in the real world. Once issued a drivers license, they are practically free to drive and do what they want. Apparently, this is something that is lacking but is beyond the control of license issuers. Unless they actually meet an untoward accident that can place them back in their senses, chances are they will not even care on how they drive and where they drive.

Teens are up against a host of distractions, from cell phones to text messages to traffic congestion and aggressive driving. Driving instructor Robert Dicks says raising the driving age might be a good idea.

“Sixteen is very much not experienced,” said Dicks. “They’re very young, they don’t know how to handle one of these things.”