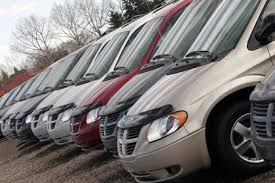 Buying a new and flashy car is the stuff which dreams are made of.  Most of the time however, this dream proves impossible mainly due to budgetary constraints.  The difference between the price of a new car and a used car is considerable that if one goes the way of practicality, the used car option will win hands down.  It is also advantageous that there are now quality used cars that can be bought which can provide its new owners excellent service for a good number of years.

Buyers of used cars should no longer be trapped in the typical scenario of being caught up with a problematic unit that would require frequent costly repairs.  This is actually the scenario which all used car buyers would like to avoid.  The cost of a used car may be a lot lower than new cars but the amount, if lost, is still not something to laugh about.   For many potential car owners, buying a used car may still necessitate taking out a loan.

At this time and age, late-model, top quality used cars are available to buyers.  The great advantage of lower price is made possible by the elimination of the cost for initial depreciation which is quite heavy when included in the purchase price.  There are also certain components that are exclusively included in the selling price of new cars which only push the price upward.  Some of these are the transportation cost and the dealer advertising charges.

The price of a new car is usually not negotiable enough to obtain a really sweet deal.  The resulting price will fall somewhere between the invoice price and the manufacturer’s suggested retail price.  In short, there is not much room for price negotiation since it cannot go lower than the standard set by the manufacturer and the dealer.

Buyers of used cars have more room to negotiate since the condition and mileage can present opportunities for price concessions.  As a result, buyers can end up with more value for car money than if it was used for a new car.   More and more car manufacturers are now offering certified pre-owned cars.  These cars have passed through rigorous inspection processes that a buyer can be assured of a quality used-car purchase.  They also come with warranty from the manufacturer.

Though financing cost may be a bit high for buying used cars, it is still a good choice because it can provide a way to own a car when buying a new one proves prohibitive.  It may not be the same as the feeling of buying a new car, but it can be good enough when it serves the purpose of owning a fully functional car. Used cars, specifically those that have been inspected and serviced by its original manufacturer are generally in excellent condition and are considered as worthy value for money.  In these practical times, a new car may not always be the best option.

Franco owns two previously owned cars, one of which is a used Nissan, which he swears performs more than his expectations.