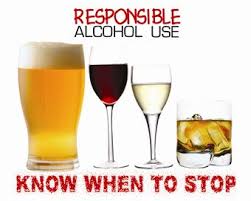 Driving under the influence or DUI pertains to impaired driving that is brought about by being under the influence of liquor.  This is usually determined by an alcohol test which will show that the driver has blood levels of alcohol in excess of the legal limit while driving a vehicle.  It can also pertain to detection of certain drugs in the blood which have been proven to affect physical and psychological ability that will make them dangerous drivers.

DUI is considered a criminal offense in many countries.  Being convicted can result to payment of heavy fine and a prison sentence.  It goes in other names such as DWI – Driving While Intoxicated or OUI – Operating Under the Influence.  The penalty may vary depending in the vehicle used.

Conviction of the suspect will rely heavily on scientific tests pertaining to blood alcohol content.  During the actual apprehension, drivers suspected of DUI may have to go through field sobriety tests consisting of having to walk a straight line or standing in one leg for about 30 seconds.

Drivers arrested for DUI will find themselves facing a legal proceeding that will require them to find a competent DUI lawyer.  This is considered a positive move since DUI lawyers are expected to be familiar with the complexities of legal procedures related to the specific nature of the case.  A first-time offender may possibly defend himself without a DUI lawyer but a repeat offender may not have the moral ground nor the competency to defend himself thus the need for a DUI lawyer.

When one is seeking legal remedies when facing a DUI case, it would be best to remember important points.  A first-time offender with a great certainty of being convicted due to evidence should plead guilty after understanding the possible consequences.  In DUI cases where no injury to third party has resulted, judges typically hand down routine sentences.

A repeat offender cannot possibly defend himself without the assistance of a DUI lawyer because of the expected severity in punishment.  It is best to find a lawyer who specializes in DUI cases.  An initial consultation with a DUI lawyer can sometimes be obtained for free where the suspect cam clarify matters pertaining to cases.  It is a wise move to have at least two options before deciding.  Sound legal advice can save on costs and stress.

Myrna Adams is a legal enforcer who believes that people facing DUI cases are better off if they find a DUI lawyer to defend themselves.