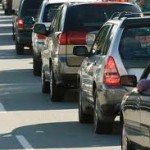 Knowing how to drive doesn’t mean you have to treat all driving trips the same.  Just by the difference in the thoroughfare traveled, a difference in speed, manner of driving, and areas of caution have to be considered.  For the lifetime of a vehicle, it will travel through streets, avenues, highways, expressways, freeways, alleys, and other types of roads used by motorized traffic.

A good example of this is the big difference between city driving and highway driving.  Drivers have to be aware of the challenges presented by each scenario and be prepared.  Aside from speed, drivers will have to consider the difference in traffic, obstacles, and pedestrians.

City driving is relatively more complex than highway driving because of the inherent complexities of inner streets, smaller passageways, and circuitous roads as well as the expected co-occupants of the road while driving.  The number of vehicles occupying a city street in a given time in relation to space is much more than a highway.  Because of the great disparity in size of the driving surface, city drivers will find that they are closer in distance to other vehicles and therefore has a greater tendency for minor vehicular accidents that often result to scrapes and dents.  Highway driving on the other hand presents more risk for high-speed colition because of the typical faster speed adopted by vehicles traveling what appears to be a free expanse of road.

When it comes to obstacles found on streets, city driving presents more problems.  There will be parked cars on streets that can block a driver’s view for incoming traffic.  People will darting in and out of streets either on foot, on bicycles, or also on cars.  Loading and unloading from vehicles is frequent and may require constant stops from other vehicles.  Heavy traffic is also common in many main thoroughfares.  Highway driving requires drivers to be extra careful of environmental factors since driving on highways presents more exposure to the natural elements.